It was a good night at the opening of the Turner Prize 2015 at Tramway in Glasgow last night. Still trying to compute the detail of the shows and the practices of the nominees and, like many, will go back and try to think that all through. But this digital punt is triggered in part by something that seems computable in advance of a fuller comprehension of the components of the show. And that something is a something that surfaces on all occasions when Turner Prize-like art is spoken to in mainstream media.

That something is this: in advance of fuller comprehension of works and practices we can compute and agree now that this prize and the kind of art that it showcases is an invitation to open oneself to aesthetic-critical stimuli that might engender some reflection on self-and-world as well as some memorable experiential moments.

I think this early assertion is a fairly safe one to make, and it has application to a great deal of contemporary art. Notwithstanding sometimes-legitimate jumpiness over the mandatory hoo-hah surrounding show and award, the Turner Prize makes the something all the more interesting in its application, I think, as the jury does seek innovation and noteworthiness in the aesthetic-critical modes created by artists to encourage that type of reflection. A certain kind of fun can be had, then, in going to shows like this with a real readiness and willingness to be affected by those stimuli and with an interest in cogitating after the fact on what that affect reveals of self-and-world; that contemplation made all the more engaging if undertaken in conversation with others.

With this point bobbing around in mind on the commute, I open The Scotsman 1/10/15 and read with interest a piece by Jill Miller (‘Culture is at the heart of regeneration of Scotland’s largest city’). Miller gives today’s readers insight into the long-running trajectory of culture development in Glasgow since the early 1980s.

Citing the opening of the Burrell Collection in 1983, Miller moves to collect a number of salient events in Glasgow’s cultural development and gathers the ‘Glasgow’s Miles Better’ campaign, the 1990 award of European City of Culture (as it was known then), the opening of the Gallery of Modern Art in 1996, the 1999 UK City of Architecture and Design, the refurbishment of Tramway in 2002 and its expansion in 2007 with Scottish Ballet, the 2006 revamp of Kelvingrove Museum and Art Gallery, and the opening of the Riverside Museum of Transport and Travel in 2011. These events combined with existing foundations in the shape of the Citizens Theatre, Scottish Opera, the RSNO, and the BBC Scottish Symphony Orchestra, The Glasgow School of Art, the Royal Conservatoire of Scotland, plus the Commonwealth Games of 2014, add up to quite a context for the show and, for once, a credible backdrop for the meta-speeches from politicos and artisticos at the vernissage.

To temper the unmodulated bestism, however, Miller does make mention of an everpresent challenge:

And while cultural participation amongst all social groups is higher in Glasgow than it was before 1990 and higher than the Scottish average, we know we have much more to do to create access for everyone in our increasingly diverse city and for communities where poverty is increasing.

As Miller forwards implicitly, culture is as much about its purchase with the people of its context as it is about its trans-local effect as competitive narrative.

Of special speculative note here, though, as a second trigger for this bloggy offer, is that Miller’s article in The Scotsman is coincidentally adjacent on page 23 to an ‘Inside Holyrood’ column from Tom Peterkin that reflects on the problems faced by the SNP’s Michelle Thomson and, thus, the SNP.

Peterkin’s central point is that the recent difficulties faced by the SNP will be a ‘glimmer of hope’ for opposition parties, in London and in Edinburgh, ‘wearied and frustrated by the inexorable rise of the SNP’. As Peterkin makes very clear, Thomson is in no doubt that she acted within the law, but Peterkin draws our attention to the difficulties to be faced by Thomson in future by dint of her having worked with a solicitor since struck-off. I do not wish to accentuate or celebrate any glimmer of hope, rather, I wish to speculatively argue for the connectedness of the seemingly divergent articles: especially with the early computation held in mind.

Politics and politicians suffer badly, of course, when citizens can see that the tenets of civility and compliance championed by the agent of governance seem not to apply to that agent because, in the mind of the agent at least, they are the agent and not the citizen, so, err, some special exemption applies. The culture of politics can involve a sharp dislocation between the stimuli of the contextual culture in which the political agent moves and the agent themselves as a reflexive entity. This dislocation is not unique to elected members, but it has been felt by a good number of them.

One of the privileges of working in the culture game is the large number of people one meets capable of being affected, by design and by delight, by the stimuli of the creative production they work among and for; people capable of willingly acting and flexing following that affect. I am stupid but not stupid enough to think that there is no dislocation between aesthetic-critical stimuli and individual in the world of culture, but I am yet to run into more than one or two of them.

The huge range of points of cultural contact set out by Miller offer a huge range of innovative stimuli to be activated into affect by a huge range of willing participants. Activation in cultural activity requires a reflexive engagedness, and if that civic skill of engagedness is regular and meaningful, that is a fundament of a civilised society one might hazard.

The absence of reflection and of affect in high-profile cases of perverse sense-of-exemption is staggering (including exemption from morality if not law). The dislocation inherent between the signals and stimuli of context and the expected-to-be-responsible-and-engaged agent speaks of a politics bankrupt of culture. Thomson’s eyes might move left from Peterkin’s piece to the meaning inherent in Miller’s manifesto for culture in the city, for that celebration of culture contains meaning for the individual, any individual, of whatever profession or political persuasion.

This pulpit pitch might intimate also something about the importance of dissent – at the level of both the individual and the organisation. Dissent must not be understood only by its spectacular stone-throwing exemplars; dissent can involve an internal dialogue prompted by, for example, the products of art and design, or by the tenets of moral or party political organisation: a dialogue that can monitor and mediate the self and organisation in constructive ways is reason enough, but it is a dialogue also conducive to communal cohesion and hostile to the business of petty politics of world-as-self solipsism. 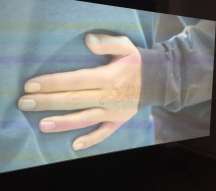 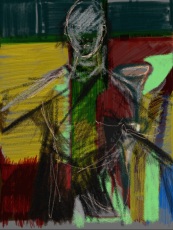